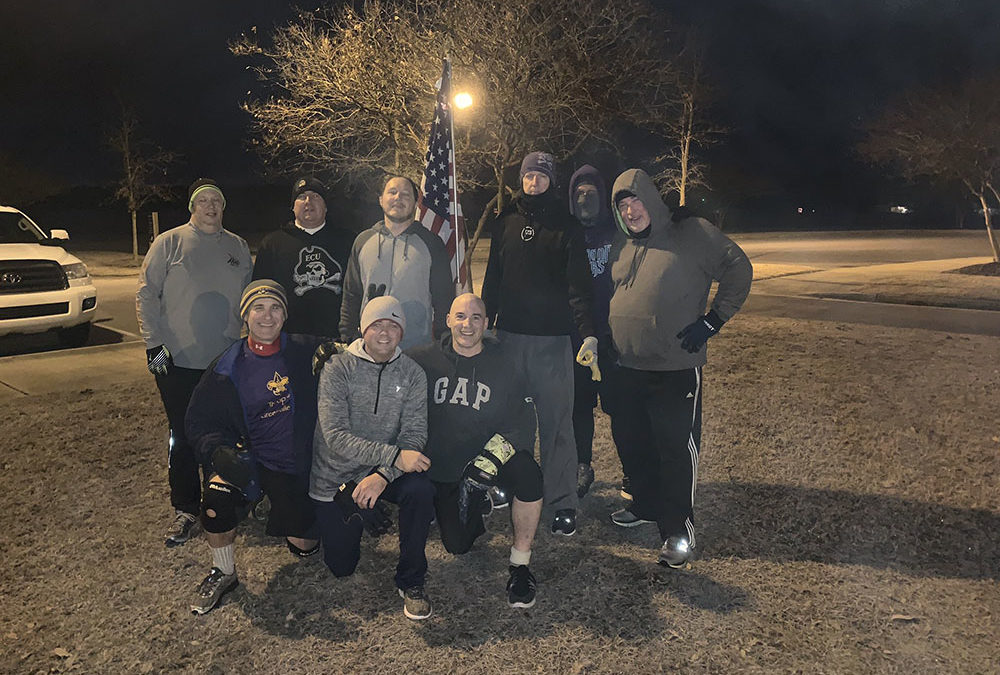 The 100 – no, it’s not just a post-apocalyptic teenage television drama.

Despite being 30 degrees out we had a bold and adventurous FNG show up with Bench. So we took the disclaimer particularly seriously. T-claps to Redbox for making his first post in the dead of winter. Then we got started.

Now if you’re terrible at maths like me you may not have noticed that adds up to 100 reps of merkins, squats and LBCs. There’s a reason.

Took the PAX the long way around to the rock pile to complete the second lap. Partnered up and each pair got a rock. One partner ran to the hedge while the other did curls and then tricep extensions, total of 100 each.

To the traffic circle, where one partner ran the circle while the other did calf raises, total 100.

We had time for a cool down lap, and a few lunges and then we called it a morning.

Well, except that my key fob escaped my pocket somewhere along the way and I had to do an extra lap looking for it. Thanks to Cold Cut for finding it.

COT
Prayers for injured PAX and for the F3/FiA Lexington family, as well as a friend diagnosed with ALS.

Moleskin
When I started F3 in 2015 I wasn’t counting, but according to the IT Q’s spreadsheet I made it out to 96 workouts. The next two years were off that pace, with the arrival of a 2.0 and other life factors having an impact on consistent posting. This year my resolution was to hit triple digits, and last week I hit that target (Cousin IT if you’re reading, I’m including two out-of-town posts that aren’t in your spreadsheet, one at F3 Roanoke and one at F3 Puget Sound). So I figured I’d share my celebration with the Boyd Lee PAX with a 100-themed workout. T-claps to the crew for eating their spinach without too much mumblechatter. I only got called an asshole a few times.

I appreciate everyone for keeping me accountable and helping me stick to a regimen of activity more consistently than I had since high school soccer. See you in the gloom. 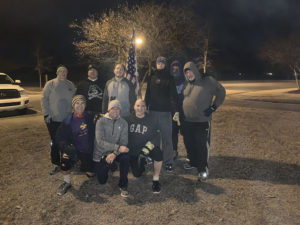